Charlotte Osei blessed the timeline of her 25k Instagram followers with the stunning photos to set the mood for her 50th birthday which will fall on the 1st of February.

Unlike many that love to go the bikini way with photos as such at the beach, the former Electoral Commissioner decided to do otherwise but however, that came with some striking poses and smiles that qualifies Mrs Osei to be a Model if she wants to pursue that profession just for today.

See the photos below which came with lyrics of a Nigerian song as a caption to give thanks to the giver of life. 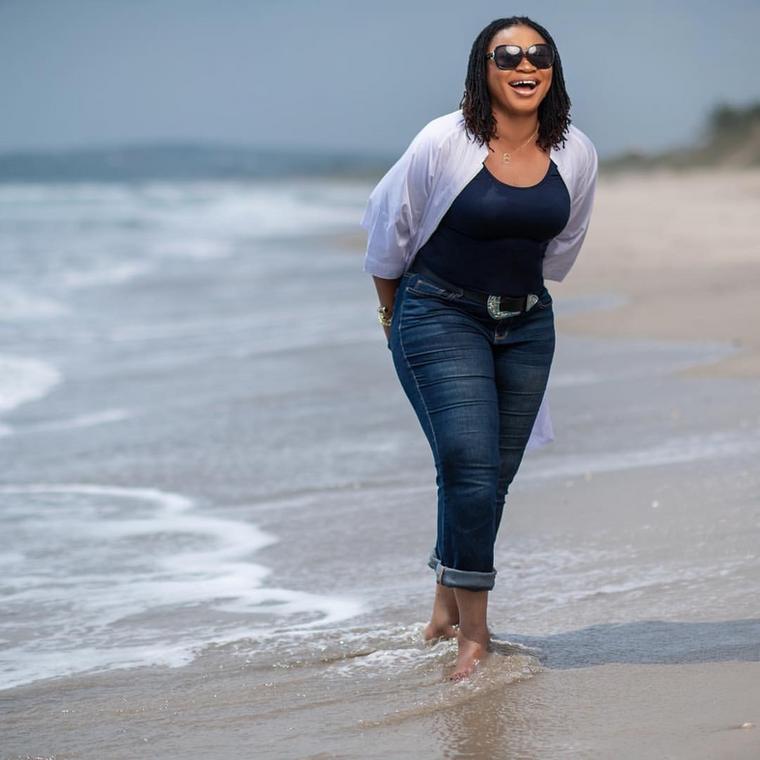 0 0 0 0
Previous : I was happy in my previous relationship but I am very happy now being single – Sister Derby
Next : Sista threatens to beat Efia Odo for calling her “hippo”