Evelyn Nyaasemhwe, who is the 1st Runner Up of the 2018 Miss Malaika pageantry show, appears not to be in good mental health, from the worrying connotations her posts shared on social media.

Evelyn, in some tweets sighted by pulse.com.gh, has expressed her readiness to die in countless posts, over issues relating to depression that may have been caused by her sour experience with a man or men.

“Sometimes I want to die but my mother would be broken.” Evelyn tweeted. In other tweets, the Miss Malaika Beauty Queen has also disclosed that she heavily depends on drugs in her situation, with a hint of abusing some tablets.

In one tweet she wrote “How many sleeping pills for need to take before its? I’ve taken 2 already and I’m still up” in other ones she said “I’m high as kite Lmaooo” “once again, I’m bat sh*t high”.

Evelyn has also plainly stated that she needs a therapist because her panic and anxiety attacks are becoming too frequent.

See more of Evelyn’s tweets below and kindly reach out to her as she apparently needs some special attention for her mental health. 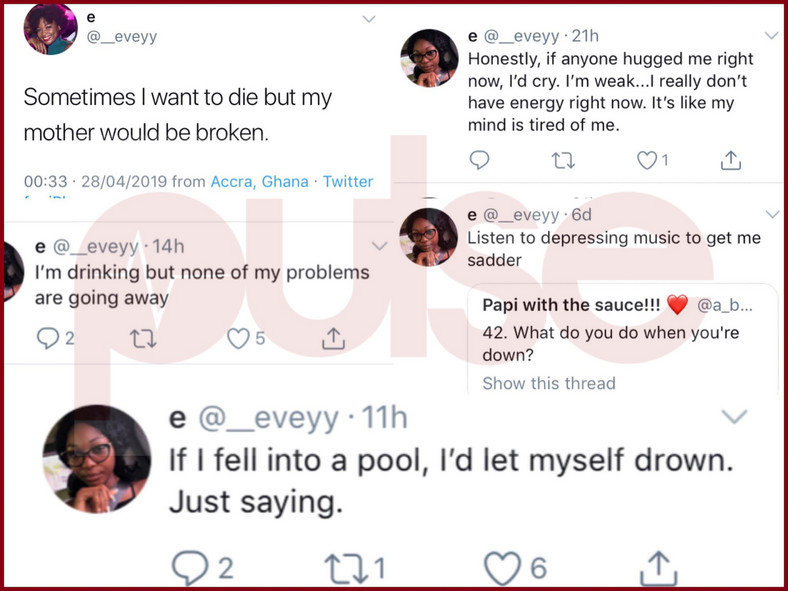 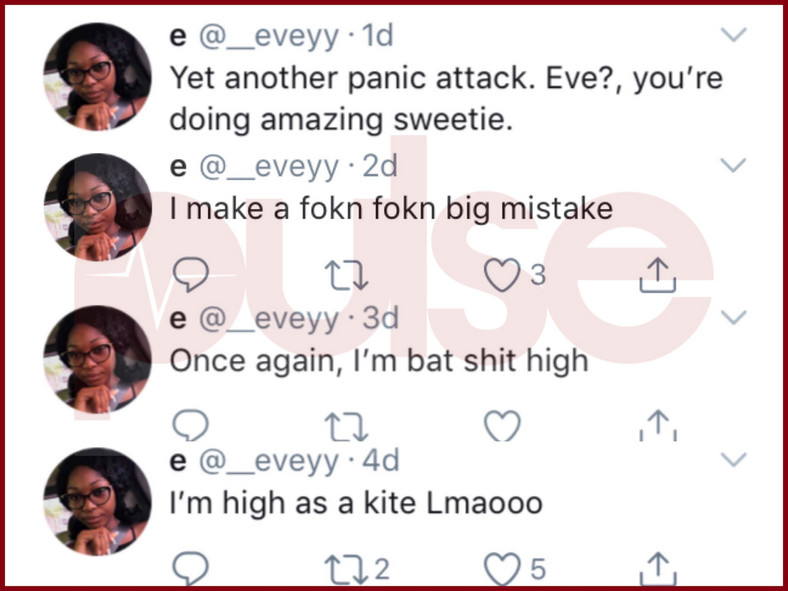