According to a report by theheraldghana.com, Edwina hosted her lavish party at a plush London venue identified as Cheddars Hotel and the merrymaking saw some of her friends and loved ones present.

The website mentioned that it is in possession of some videos from the celebrations and in one of them, the President’s daughter, had so much fun which also saw drunk out of the excitement at the party.

READ ALSO: Meet Camidoh, the musician who whisked Hajia 4 Real away during the VGMA brawl

“She was seen with a glass filled with a liquid substance suspected to be hard liquor as she kept dancing. Dressed in all red outfit with a pencilled-heel shoe to match, Edwina had taken the Centre stage with her dancing moves, to tunes from Ghanaian artistes, including “King Promise” and Tema-based “R2Bs” inviting cheers and applause from the guests she had invited.” the website wrote. 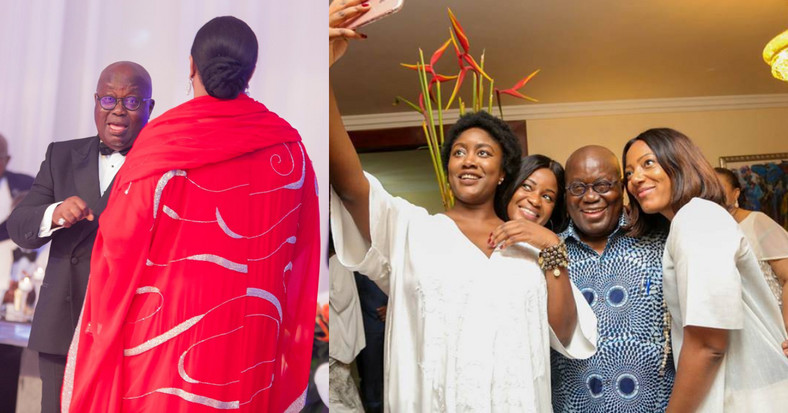 0 0 0 0
Previous : Meet Camidoh, the musician who whisked Hajia 4 Real away during VGMA brawl
Next : Meet the powerful man behind Shatta Wale and Stonebwoy’s reunion – Dr Amoah-Abban