After going solo for a period close to seven years, Afriyie and Kobby came back together as a music group in 2016 and chalked some success as the pair churned out a monster hit “Bronya” and was also awarded as 2018’s VGMAs group of the year.

However, according to some new reports, Wutah is locked up in another misunderstanding which has seen members of the group pursuing a solo career to the surprise of fans.

Reacting to this, rapper, Guru, who was a catalyst in the pair’s reunion and signed them on to his NKZ record label has granted an interview in which he detailed how the group has broken his heart with the new turn of events.

According to the “Bad Guys” rapper, his outfit has done its best to sustain the group but all efforts are proving futile.

READ ALSO: I left Lynx with nothing, not even a number of a DJ – Eazzy

Speaking to Graphic Showbiz, he said “I wish there was a way out because management has tried everything possible to get the group back together but nothing seems to work. Individual differences are splitting the group and its’ sad that such fine talents are going to waste.

“One is always giving excuses when they need to hit the stage. There have been a lot of gigs the two were billed to perform but that never happened. Either one is sick or has to attend to a family emergency”.

Talking about how the indifference of the two may cause him financially, Guru said that he only made efforts to bring them together because he admires the group and money making from Wutah’s reunion wasn’t his motive. 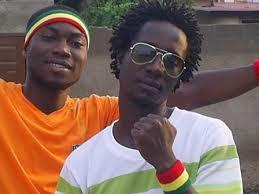 He, however, added that when it was even time to make some income from the duo’s hit single “Bronya”, that was when the problems started.

READ ALSO: MzVee is likely facing the challenges I had at Lynx – Eazzy

“Management is yet to make money from the group since we signed them on. Just when Bronya became a hit and we planned to make money, that is when the problems started coming up. I tried my best to help these great talents who I admired but that is not happening; I really wish they would bounce back but only God knows how,” he said.

Wutah Kobby has been reached on Guru’s claims and he cited greed in the group as one thing that is breaking them apart.

“It hurts when one person wants to have everything for himself in a group. Afriyie is performing secretly without the knowledge of the management or me. It is just not fair for one person to have it all in a group we both suffered to build,” he said

The other half of the group, Wutah Afriyie has reacted to the allegation and he said he is not to be blamed for solo performances because it is event organizers who keep calling him for gigs.

“Before the group came back together, individuals had their own brands. Some of us made contacts and events organisers are the best people to explain why they invited me alone on certain shows,” he said

Hearing from all parties, tells us what you make of the Wutah group and its challenges to remain united. Who is to blame?

0 0 0 0
Previous : I am ready to shun schol for music – Eddie Khae
Next : Adina’s sad story of how she fled from the Liberian war and forever lost contact with her Dad